Bienvenid@s a My own Arcadia

Publicado por my own arcadia en 19:34 No hay comentarios: 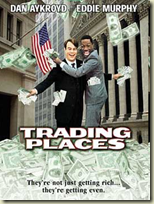 ScienceDaily (Apr. 22, 2008) — Parkinson's disease is a degenerative disorder of the brain affecting movement, speech, mood, behavior, thinking and sensation for which there is no known cause or cure.

Two studies from the University at Buffalo being presented at the 2008 American Academy of Neurology meeting in Chicago shed new light on very early development of the disease.

The work is the result of a joint project by neurology and imaging specialists from UB, Stavanger University Hospital and University of Bergen, both in Norway.

Turi O. Dalaker, M.D., a doctoral fellow from Stavanger University Hospital who conducted the research in the Buffalo Neuroimaging Analysis Center (BNAC), is first author on both studies. The BNAC, housed in Kaleida Health's Buffalo General Hospital, is part of the Jacobs Neurological Institute, the Department of Neurology in the UB School of Medicine and Biomedical Sciences.

The symptoms of Parkinson's disease (PD) result from disintegration of the brain's white matter, the network of nerves that transport messages to the various brain regions, and grey matter, the brain regions where those messages are received, interpreted and acted upon.

One study, a case-control investigation, compared brain MRI scans and scores on the Mini-Mental State Examination (MMSE), a standard mental screening test, of 155 patients diagnosed with early Parkinson's disease with those of 101 normal subjects. Results will be presented today (April 17, 2008).

This study describes one of the first large-scale analyses of the extent of global (overall), tissue-specific and regional brain atrophy, and white matter hyperintensities (WMH). WMH are diseased areas of the white matter seen commonly in brain MRI scans in the elderly.

Results showed that in Parkinson's patients, white matter hyperintensities were associated significantly with lower scores on the mental test: The more areas of hyperintensity, the lower the MMSE score.

They found that the PD patients with mild cognitive impairment showed a trend toward reduced grey matter in the cingulate area, a brain region associated with cognitive performance.

"This study shows that cingulate atrophy is associated with early cognitive deficit in PD," said Dalaker, "and might serve as a possible biomarker for increased risk of developing dementia in PD."

The subjects in both studies were part of The Norwegian ParkWest project, a four-center prospective longitudinal cohort study of patients with PD from southwestern Norway. The project involves 265 patients with early stage incident PD, their caregivers and a control group of 205 subjects with similar age- and sex- distribution. The researchers plan to follow this sample for 10 years.

Additional contributors to the cingulate study from the BNAC were Robert Zivadinov, M.D., Ph.D., UB associate professor of neurology and director of the BNAC, Jennifer Cox, Ph.D., and Ronald Antulov, M.D.

All of the above were involved in the WMH study, plus Niels Bergsland and Michael Dwyer from the BNAC, and Arpad Kelemen, Ph.D., and Ralph Benedict, Ph.D., UB associate professors of neurology.

Adapted from materials provided by University at Buffalo.

Publicado por my own arcadia en 17:28 No hay comentarios:

Publicado por my own arcadia en 1:01 No hay comentarios:

Publicado por my own arcadia en 20:43 No hay comentarios: Add this - Añade a tus favoritos